Not the little girl I was... 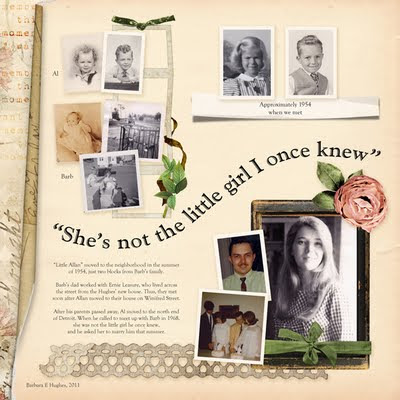 Challenged to scrap a page about myself related to a "song" I scrapped about how Al & I met. We have been married 43 years, but have known each other since he started first grade.

“Little Allan” moved to the neighborhood in the summer
of 1954, just two blocks from Barb’s family.

Barb’s dad worked with Ernie Leasure, who lived across
the street from the Hughes’ new house. Thus, they met
soon after Allan moved to their house on Winifred Street.

After his parents passed away, Al moved to the north end
of Detroit. When he called to meet up with Barb in 1968,
she was not the little girl he once knew,
and he asked her to marry him that summer.

Posted online in my gallery at Scrap Girls  HERE
Posted by B.E.Hughes at 10:30 PM 3 comments: 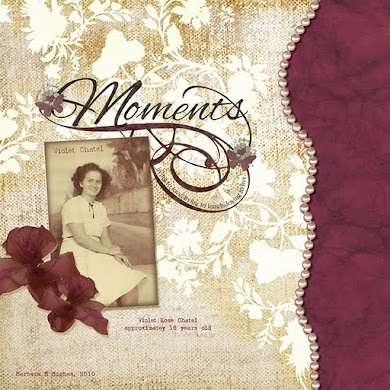